Commands and Their Use

Now that we know the commands let's take a look at an example of adding a command with .acr

This command can be split into two different arguments:

There's no special requirement for the formatting of the response, so we could just write it in exactly the same way we want it to respond, albeit with a placeholder - which will be explained in this next section.

Now, if that command was ran in a server, anyone on that server can make the bot mention them, saying It sure is, @Username anytime they say "Nice Weather". If the command is ran in a direct message with the bot, then the custom reaction can be used on every server the bot is connected to.

If you want to disable a global custom reaction which you do not like, and you do not want to remove it, or you are not the bot owner, you can do so by adding a new Custom Reaction with the same trigger on your server, and set the response to -.

Now if you try to trigger /o/, it won't print anything even if there is a global custom reaction with the same name.

To learn about placeholders, go here​ 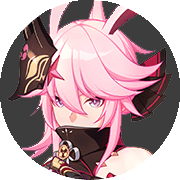 Last updated 1 year ago
Edit on GitHub
Contents
Important
Commands and Their Use
Now that we know the commands let's take a look at an example of adding a command with .acr
Block global Custom Reactions
Placeholders